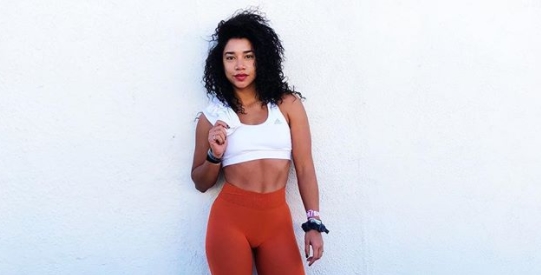 The effect of social media can be very potent, and when done correctly, it can be inspiring in endless ways. The rise of the meta tag ‘fitspiration’ is an example of how platforms like Instagram can have life-changing benefits to its subscribers. Users of the social media platform share their own fitness journeys online as a way to hold accountability, according to the Independent. This kind of culture enables easier access to exercise programs, workout buddies, as well as sources of inspiration – hence the term.

With responsible usage, healthy ideals and an active lifestyle—as opposed to unrealistic standards—are being promoted to anyone with an Instagram account. Follow these four fitspo accounts that are guaranteed to make you reconsider your habits and get you moving.

For Hannah Bronfman, wall-thumping music and heart-pumping exercise is the perfect combination. The 30-year old DJ and fitness extraordinaire advocates confidence and positivity through her Instagram portfolio. She’s dabbled in everything from Pilates to hiking and spends a good amount of time in a boxing ring weekly. Bronfman shows that any woman can do anything she sets her mind to.

One Dominican woman is changing the perception of fitness as a purely physical venture. Massy Arias continues to encourage her 2.5 million followers that self-care through exercise helps one find confidence and work through personal problems. People are seeking out her for health-related advice which she whole-heartedly gives to her followers. Her choices of exercise are calisthenics, resistance training, and high intensity interval training.

The first American woman to win the New York City marathon in four decades, Shalane Flanagan is making huge strides in the world of competitive running. What’s more astonishing about the four-time Olympian is what the NYTimes calls the Shalane Effect: her ability to nurture other aspiring runners around her to reach new distances. In fact, 11 women who trained under her have made it to the Olympics. Her account features her fierce training, food, and mementos from her proudest moments in her athletic career.

Last but definitely not the least, who better to take inspiration from than Wonder Woman herself? The latest to take on the badass role is Gal Gadot. The Israeli star, who was already in shape but intensified her training for the 2017 film, shares some of her routines in order to play the role of the Amazonian princess fitfully to her 17.9 million followers. Don’t be fooled by her captivating beauty; Wonder Woman’s lean legs can kick anyone’s ass even without super powers.

Aside from being sources of inspiration, these women are testaments to female strength and grace. Female empowerment is still a growing movement and social media trends like ‘fitspiration’ enable the consistent rise of the cause. Thankfully, it has been making a lot of progress in other industries outside of social media, and uses the influence of various cultural and societal references.

For instance, the media constantly draws inspiration from the mythological Amazon warriors who are the epitome of girl power. Gal Gadot’s portrayal of Wonder Woman served as a beacon of hope especially to women who look up to the superheroine. The Amazonian princess, who first appeared in comics in the 1940s, uses her god-like strength and compassion to fight evil. Aside from the recent revival of the feminist icon in film, Amazon influence has made its way to other platforms such as countless books, television, and games. The Amazon Queen slot game on Foxy Casino highlights the tribe of fierce warriors in its gameplay inspired by the DC character. Movies and games like these contribute to female empowerment and inspire many women to take the path to self-improvement which often requires a lot of effort but is certainly worth it in the end.

KSAVI previously noted that creating an ideal routine and sticking to it will improve your shape and the way you feel about your body. To get you started, click the follow button on these Instagram accounts for your daily dose of inspiration.

The Power of Makeup

The power of makeup has been my therapy in the hardest of times, whether that’s me wearing it, applying it or studying it. So even during days when I’m not quite on form, makeup just helps me spring up a release of confidence and uplifting mood. Today was one of those emotional days. Whereas before I would have gone deeper ...

There was a stark realisation yet again yesterday that everything in an instant could be snatched away. We come as a human body with a beautiful soul, and we leave as a soul departed with just the remains of a vessel of a body or just our ashes. So why during the time we are on this Earth, aren’t we ...

The effect of social media can be very potent, and when done correctly, it can be inspiring in endless ways. The rise of the meta tag 'fitspiration' is an example of how platforms like Instagram can have life-changing benefits to its subscribers. Users of the social media platform share their own fitness journeys online as a way to hold accountability, ...

How to Get Rid of Acne Scars

Acne is a nightmare! Nobody likes blackheads and the scars and blemishes they often leave behind. As a makeup artist, I’ve noticed many clients try to cover up their blackhead marks with makeup. While that can help in the short term, there are ways to speed up the fading of scarring. Here are some tips that you might want to ...